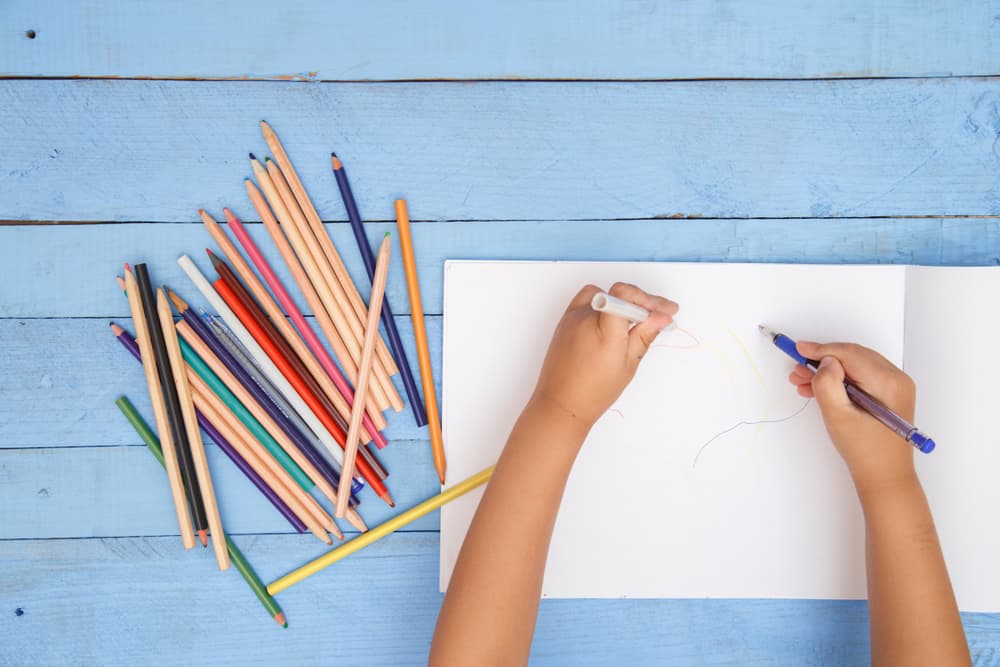 So, you’ve heard that being able to use your left and right hand with the same ease and expertise will make you not only faster but also smarter. Now you’re eager to get both of your hands equally, well, handy. Let’s find out whether you can teach yourself to be ambidextrous – and if this really will give you the upper hand over all the righties and lefties out there.

Anecdotal evidence and research show that it is possible to develop greater control over your non-dominant hand. Although you might not achieve identical strength of skill in both hands, with time and effort, you can teach yourself to become more ambidextrous.

Trying to become ambidextrous is challenging because it involves changing how your gray matter works. You’ll be forming new brain connections by going against your impulse to use your dominant hand, and this will take daily practice and long-term dedication. Though it is possible.

The Lowdown On Learnt Ambidexterity

There’s no hack for picking up ambidexterity overnight.

Becoming two-handed will take consistent, regular practice – it’s like teaching yourself anything new.

Have you ever been frustrated by a new cell phone because you couldn’t figure out how to use it? It’s likely because your brain felt overwhelmed by having to understand this strange device after it was familiar with your old one. But after playing with the new phone, you pressed the wrong buttons less and less, and one day realized you were speed-clicking with ease!

When teaching yourself to be ambidextrous, you’ll be switching up your brain connections quite a bit.

For reasons that baffle scientists, most people tend to favor one side of the brain over the other.

If you favor the left side of your brain, your right hand is your dominant one. For lefties, it’s the right side of the brain that’s favored. (In naturally ambidextrous people, there’s no preference.)

To become two-handed, you’ll need to start relying more heavily on the other (less used) side of your brain. Seeing as it’s not accustomed to these demands, you may struggle at first. But even if you’ve been using one hand more than the other for decades, ambidexterity isn’t beyond your grasp.

All you need to do is swap hands.

Use your non-dominant hand for most of your tasks (start with simple things, like doodling or holding a glass of water), and this hand will perform with growing skill, increasing your potential for two-handedness.

How To Become Ambidextrous

Like with all learning, it’s best to get the basics right first and then move on to more complicated tasks. So, start by tracing. Using your non-dominant hand, trace shapes, patterns, and large letters. To make this easier, bring out your inner child and use a chunky crayon instead of a pen.

Once you’re confidently tracing with crayons, try with a pen. While you trace, focus on how you’re holding the pen. It’s important that your hand feels comfortable, so loosen that grip and breathe (no matter how awkward writing with the other hand might feel).

When developing ambidexterity, consistency is key. You’ll need to make training your non-dominant hand part of your daily routine to get results. Aim to trace or write with the hand for about half an hour every single day.

Step # 4: Write Out The Alphabet

When you feel ready to move beyond tracing, start writing letters on your own. Practice writing a few letters of the alphabet again and again until you feel you’ve got their form right. Then write out the whole alphabet repeatedly, trying to get the letters’ shapes more precise each time.

Put effort into building up the muscles in your non-dominant hand by using it for tasks that you used to reserve for your dominant hand.

Whether you’re brushing your teeth, holding your cell phone, eating with a spoon, or moving your computer mouse, let your non-dominant hand be the star for a change. Also, use your non-dominant hand when you’re playing sports (for example, throwing, bouncing, and catching a ball). Plus, try hand exercises, like squeezing a ball, to strengthen your muscles.

By now, your non-dominant hand should be stronger, and your brain should be getting used to instructing it to do increasingly complicated tasks.

Next up: further challenge your hand and brain by using them to write short sentences. As your confidence and competence grow, make your sentences longer.

Keep it up, and you might eventually naturally reach for the pen with your other hand when you want to write!

Proof That Ambidexterity Can Be Learnt

Plenty of big names taught themselves to be two-handed.

Tennis pro Maria Sharapova is one: she’s apparently naturally left-handed but was coached from young to master use of her right hand, too.

Artist Leonardo Da Vinci also learned to skillfully use both hands after injuring his dominant right hand as a child.

Scientist and engineer Nikola Tesla is another noteworthy person who started life as a leftie and later became ambidextrous.

Some believe even Einstein taught himself to write with both hands.

Is Ambidexterity Worth The Effort?

Whether the time and energy required to teach yourself to become ambidextrous are worth it depends on your reasons for wanting to develop this ability.

If you want to give your sports performance an edge, ambidexterity might help. Ambidexterity could also allow musicians and artists to create with greater flair. And if your job involves lots of picking up and passing objects, like a dental assistant, ambidexterity would probably come in handy.

However, perhaps reconsider if your motivation is the supposed brain boost that comes with ambidexterity.

It’s widely believed that by training your non-dominant hand, you’re also training your brain to work more efficiently. Many also think that using your other hand will keep your brain sharp as you age. Unfortunately, no scientific studies have found evidence to support these claims.

Now that you know it’s possible to teach yourself to be ambidextrous through consistent practice, all you need to do is decide whether being two-handed will make your life any better. Weigh up whether the hours of dedicated training are worth the results.

Effortlessly switching hands while working, playing sport, creating art, or dancing your fingers across a piano has its perks, but is this an ability you’re going to use all that much? And if you’re aiming for ambidexterity so you can join the dexterous elite (it’s believed only 1% of the world’s population are naturally ambidextrous) – well, only you know whether that’s worth the effort.