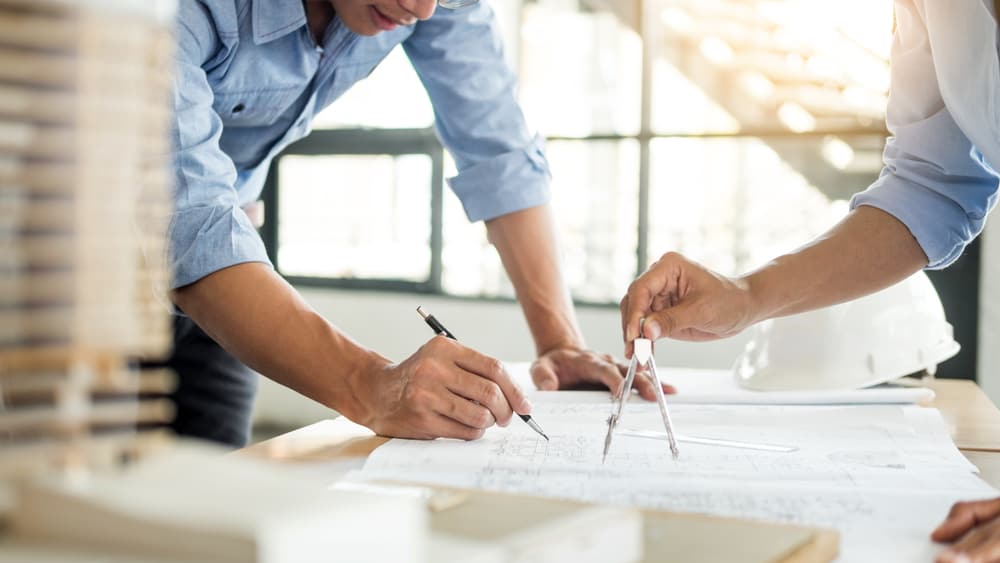 It is the general belief that architects and engineers have an underlying animosity in their working relationships. Although tension is inevitable, this is a misconception as the two occupations mutually depend on each other.

The tension between architects and engineers involves resources, ambitions, and practical issues. Engineers’ practicality governs architects’ aim, while the architect’s designs oversee the engineer’s costs. The expectations of both extend past what is realistic. This is a recipe for conflict.

Architects attempt to reimagine space, its extension of the earth, the cultural dynamic of human habitation, and the spatial relationship to the natural world. Engineers must consider how the design must hold against gravity, wind, and lateral force variation.

Engineering is described as the red-headed stepchild, the rustic, down-to-earth member of the building process. At the same time, the meditative cool of the lean, enigmatic architect is uniformly dressed in (non-descript), descript black. These are the typical attitudes of the two distinct professions, and the difference is significant.

Architects are disciplined in the diplomacy of overseeing their design. They are taught to promote their vision, communicate with the relevant stakeholders, and present an overall calm, reassuring presence. This presence is fashioned in the otherworldly dimension of the creative process, hence the black.

On the other hand, the red-headed stepchild is grounded in the awareness of all that can go wrong. They battle with that one inevitable reality, gravity. It’s their constant preoccupation. In this down-to-earth awareness, engineers firmly displace the dreams of the architects. However, as with all things, it all boils down to one truth, “how much money.”

Incredible feats of reinventing the earth’s surface have repeatedly manifested from dream to actuality. The Burj Khalifa in Dubai, the Beijing National Stadium in China, or even the La Sagrada Familia in Spain illustrates how possible the impossible is—given enough time and money, of course.

Engineers are also tasked with the safety of the building, deciding which materials to use, and ensuring structurally sound aspects of varying electrical, heating, ventilation, air conditioning, plumbing systems, etc.

Architects are responsible for their vision/design and therefore carry the weight and realization of the building on their shoulders, for the most part, alone. Often the sheer magnitude of such an undertaking is regarded as being overlooked.

However, architects’ design/vision characteristic is frequently viewed as impractical at best. The attitude that engineers carry is “that it can’t be done” this attitude is counterproductive and inhibiting.

The distinction between engineers and architects can be summed up in their understanding of aesthetics. Architects believe that design is the aim, and technology only assists in a relevant accompanying role. While engineers believe beauty is defined as form following function.

Again, even though there is tension, which is inevitable, the interaction of this relationship isn’t set in stone. Issues are often resolved with respect for the other’s contribution. Necessity drives resolve.

A rise in the tension between members of the construction process arrives from overseeing and managing the resources and expenditures. The architects place their signature on the building and are responsible for the project. Acquiring money and funds is their concern.

Engineers are tasked with (among their constant fight against gravity) complying with building code requirements, ensuring necessary permits, and various structural challenges not quickly resolved.

However, the inability of the engineers to maintain that ethereal vision while making the intangible tangible demonstrates an absence of forethought that only constant, tireless networking can achieve. Architects must ensure that their buildings are constantly funded and their vision eternally supported.

Rectifying this tension requires that the architect better acknowledge those qualities of the down-to-earth red-headed stepchild and their ever-present regard for gravity.

On the other hand, the engineer should step into those sleek, leather black architect’s shoes (hallmarked by tiny drops of ink splatters) and regard the skyline. Although the engineer is familiar with the fight against gravity, he now becomes familiarized with a constant battle to see their vision through to the end.

Recognizing the value and role of each other will harmonize the working relationship. Essentially, it is about attitude and not altitude. As with money, a development in philosophy requires time.

Time to learn, acknowledge and regain focus. However, generally, the relationship between architect and engineer is frequently characterized by shared respect and reverence.

After all, they are incredibly complex and highly sophisticated occupations, and one would not be possible without the other. The reinventing, reimaging, and resurrecting of the skyline is an abrasive, rugged, all too real execution of the human mind and will.

The dynamic between engineer and architect further renders the skyline human in all its lively, simmering form. Hold the vision, endeavor toward the goal.

Architects v. Engineers- To Strive, To Scribble, To Scratch

If it were not for the architects, lofty goals, and unapologetic vision, engineers would not be aware of their capacity to defy laws of gravity and reach beyond that dream space into the actualized ground.

Every time someone affirms that it can’t be done, architects, armed in their (non-descript) descript black, smirk, quietly assured by volumes of their inherent, esoteric knowledge, that indeed, it can.

These two professions could be a formidable team if they only share this sacred knowledge. If only they harmonize their goals and doggedly pursue that shared vision. And, if indeed the collaboration works?

Regard then these buildings: Integral Iluminación Commercial Building in Ecuador, Luanda Multisport Pavilion in Angola, the Shard in London, and the Guggenheim Museum in Spain.

Although common understanding states that architects hate engineers, it isn’t always the case. The two are an integral feature of the other. While architects focus on design, aesthetics, and artistry, engineers focus on structural integrity, safety, and practicality. When there is tension, it frequently results from financial limitations and rigid attitudes.

These can be resolved through an appreciation of a shared vision. Attitudes of each profession are hallmarked by distinct, embedded qualities that have become comical in mainstream culture. Architects now armed with engineers can draw on dimensions of emotion, ambitions, and aspiration to further the human experience and assist in redefining our collective cultural spirit.