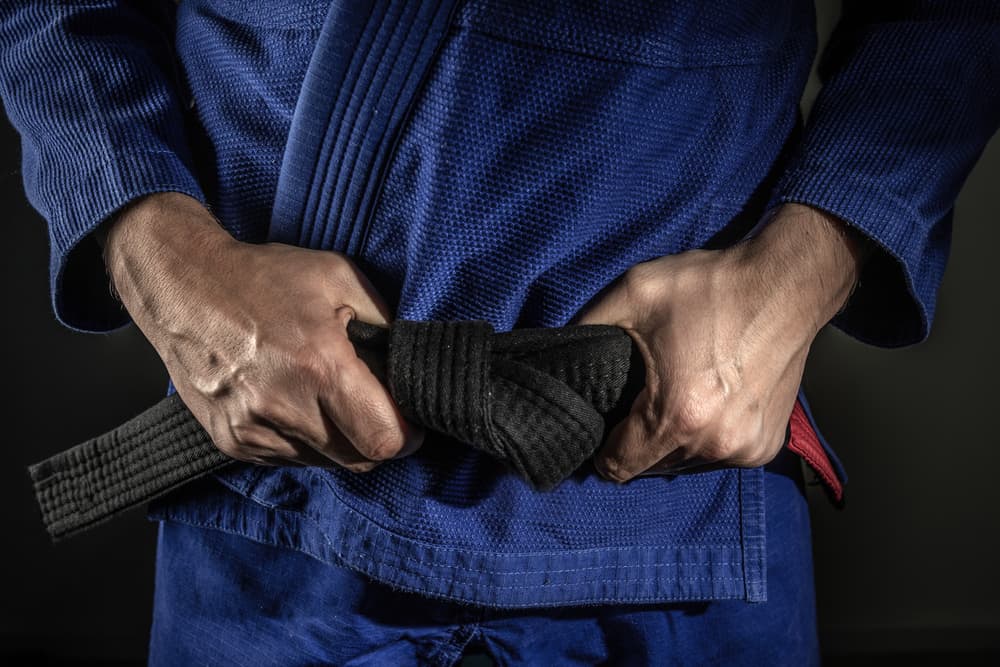 Brazilian Jiu-Jitsu, sometimes shortened simply to BJJ, differs from traditional Jiu-Jitsu in that it is utilized as a form of sport instead of real-life combat situations. So in a sport that focuses more on grappling and technique, will height play to your advantage?

Those who are taller and have longer limbs are thought to have an advantage over their shorter opponents in BJJ. This is primarily owed to them being capable of getting their counterparts into submissions in ways that are difficult for those with shorter limbs.

Looking at the general reasoning behind this, we will find that longer appendages equate to greater leverage. However, we also need to consider that there are times when greater experience and proper technique may play in favor of a shorter person. So to find out what the verdict is, read on to learn more about height advantages in BJJ.

Does One’s Size Matter In BJJ?

The fact is that BJJ is a form of martial arts that focuses on taking the fight to the ground. So we are not concentrating on stand-up fighting with punches and kicks (where a taller opponent would always have greater reach). Still, instead, we are looking to utilize momentum, technique, and leverage to subdue our opponent.

So yes, it would be easier for a taller practitioner to gain a hold on their counterpart and take them down, but just because they have greater reach does not mean that once the fight goes to the ground, it will work in their favor.

Like all others, this form of martial arts, when practiced at a high level, becomes a game of strategy. The fighter who has the coolest head and can bide their time and make strategic moves is generally the one who will score more points or ultimately submit their opponent.

The nature of BJJ is also an energy-efficient martial arts style that relies less on pure power and strength but instead focuses on fitness, technique, and strategizing.

Bearing this in mind, it is therefore theoretically correct to think that a shorter and potentially weaker opponent can defeat someone taller. However, there are many factors at play here. For instance, a person’s age, level of experience, and general mastery of the sport come into play.

They most certainly can, and there are even techniques and maneuvers that can help them to dominate their taller competitors, as seen in this Youtube clip. A shorter fighter may also choose to focus on specific submissions. For instance, instead of utilizing joint locks, where a taller competitor may be able to counter them, a shorter individual may opt to use compression locks or chokes.

Considerations For Shorter Fighters To Think About In BJJ

Shorter people also have a lower center of gravity, so although taller fighters have better reach, they are at times easier to takedown. It is critical for shorter people to master the art of taking their opponents to the ground and gaining the upper hand from the start. It will eliminate the reach advantage which the taller fighter will have.

An excellent tip for shorter fighters is to train with taller people as well, as you will need to compete with a variety of shapes and sizes. It is much easier to train with individuals of a similar build.

Doing this, though, will not be to your benefit if you are ever faced with a taller and potentially larger opponent. It may be frustrating initially as the taller fighter tends to have advantages, but one can learn how to take them on masterfully with time and dedication.

Also, instead of trying to move your larger opponent as you want physically, try to utilize their motions and momentum against them, as this will help you conserve energy and be more efficient. For instance, if they are coming for a takedown, use that forward motion to your advantage and reverse it into an attack.

Shorter individuals often tend to be more agile and mobile than their larger counterparts. If you happen to fall in this category, then it is in your best interest to add this to your fighter’s ‘toolbox’.

So, instead of standing still and allowing the taller individual to get a hold of you, be sure to constantly be on the move until you are ready to make your attack. Side note: making the bigger fighter move around more is also a great way to tire them out.

Finally, you also want to eliminate the advantages that your taller opponent has. Close the gap between you and them so that their reach is no longer something they can use against you. Also, consider getting their backs; a back mount or back attacks are your ideal way of eliminating that reach advantage even further.

What Are The Benefits Of Being Taller In BJJ?

Taller people tend to have longer arms as well. One key advantage is that once taller people have their hooks locked in, especially in a mounted position, it can be challenging for a shorter individual to worm their way out of there. Another definitive space where they have the upper hand is that their center of gravity is dispersed over a larger area and can be difficult to counter on the side mount.

Additionally, height comes in handy when one is in an (especially open) guard position, as you can manipulate your opponent with greater ease. And you are able to keep them at a comfortable distance, making it harder for your opponent to pass and giving you the time until you are ready to make a move.

Sweeps from guard are one example of a move you should excel in; additionally, lengthy limbs also cater to triangles and armbars. In the triangle choke, having longer legs allows the fighter to obtain the choke without needing to raise their hips too high, making it harder for the opponent to get free.

If you are not only tall but also flexible, then you can be very proficient at BJJ. The greater your level of flexibility, the easier it will be for you to maneuver around your opponent and ensnare them in your long limbs.

Are There Disadvantages Of Being Tall In BJJ?

Finding a gi that fits properly is one of the difficulties taller fighters face. This may come as a surprise, but like much other apparel, BJJ gi’s are not exactly made with the taller population in mind. So there may be a size that fits lengthwise but is too broad.

Now, although you have the reach advantage covered, due to your genetics, your gi does not play in your favor as it allows for people to grab hold of you more easily and take you to the ground.

If you are of a higher stature, you will likely roll with people who are shorter than yourself, and they are going to do everything in their power to remove any of the reach advantages that you have. So they will keep you close to their guard and hold onto you in ways that eliminate the use of your long limbs.

One thing that may also be an issue for someone tall is that you are likely to be weaker than your shorter counterparts, who may well be more muscular and stocky when fighting in weight categories. This means that it will be easier for them to take you down; however, you can combat this if you have a decent sprawl.

So it is a good idea for a taller fighter to adopt a lower stance and focus on getting an early sweep for a mount. It does not matter which type of mount you go for, just as long as you do it right.

It is also essential to consider what your shorter opponent will be going for, which is to get you down into an unfavorable position as quickly as possible, keep you close, and go for the submission.

Though generally agreed upon that taller fighters have specific advantages (mainly reach and leverage), we can see that their shorter counterparts have a bit of an upper hand in other areas.

There are pros and cons to any body type. It is up to the fighter to determine their weak points and work around them. Play to your strengths and hone your skills, and you will be amazed at what you’re capable of, regardless of your height.