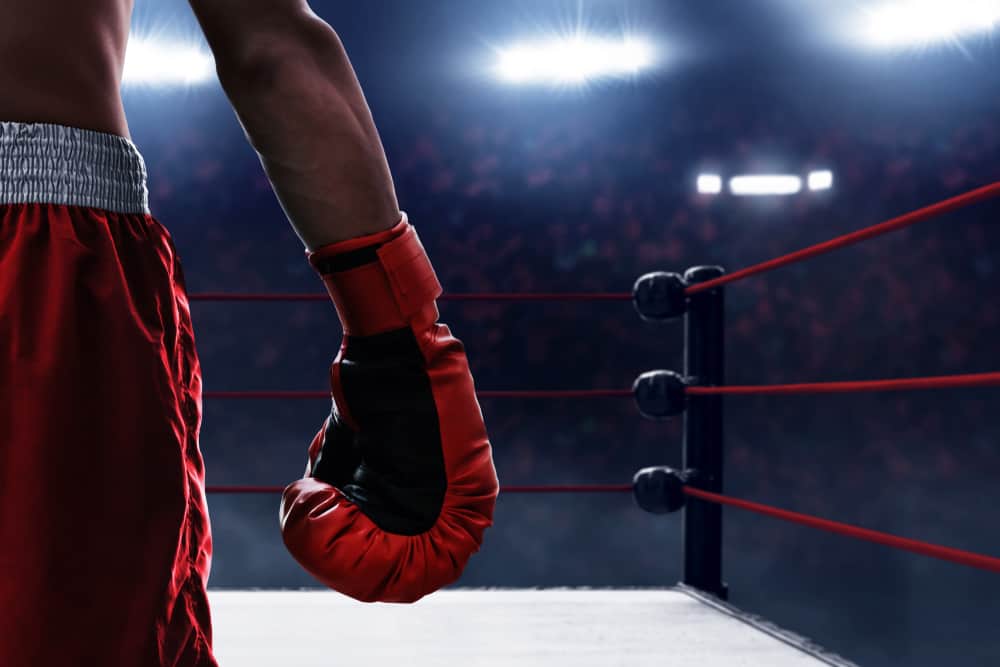 From the beginning, mankind has sought to challenge oneself in the art of hand-to-hand combat. Across both time and space, two pillars of “Western” martial arts have stood tall, namely wrestling and boxing. Yet the eternal question remains: which is harder?

To quote Tyson Fury: “I would say there is 100 times more impact than in boxing [I’m] getting picked up and slammed onto a hard floor”. Outside of the physicality, the technicalities of wrestling would point to a finding that: yes, wrestling is the harder sport.

Despite his legendary status and wealth of experience, it would be amiss to take the word of just one combatant to answer a question as old as time immemorial. Rather, it is necessary to break down the fundamentals of each sport to illustrate why wrestling is harder.

The first thing that comes to mind when one envisions either sport is physically dominant men and women engaging in thumping haymakers and life-threatening chokeholds.

Almost “Darwinian” in its nature, champions embody the ‘Survival of the Fittest,’ and so this stands as the logical starting point for this comparison.

At 12 rounds of 3 minutes around, it would appear that boxing would have the edge over wrestling’s 3 rounds at a usual time of 2 – 3 minutes per round.

However, the goals of each sport need to be observed to better understand the breakdown of the rounds in question.

With boxing, while it’s the massive knockouts that make the highlight reels, the scorecard remains the ultimate standard by which most boxers measure their ability and upon which they hope to secure victory.

While open to subjective interpretation, scoring in boxing is primarily based on the simple principle of which boxer successfully landed the most hits around.

Subsequently, defense is a major factor in building one’s prowess as a fighter, whereby a fighter can utilize a series of bobs, weaves, and blocks to successfully mitigate any blows received.

Further to this defensive approach is the understanding that fighters need not over-exert themselves to successfully throw and land hits on their opponent.

Meaning that while it may be advantageous to attempt to injure or exhaust an opponent through heavy blows, depending on the style of the fighter in question, he or she may opt to utilize quick, softer jabs as opposed to winding uppercuts or haymakers to gain points and maintain their position on the scorecard, while conserving as much energy as possible to go the distance.

Furthermore, boxing rules require regulation gloves and, at times, regulation headgear to minimize damage received from repetitive blows. At the same time, the legality of combat is restricted to punches thrown and received to the front of the head and upper body.

As such, any damage received to any other part of the body by way of deliberate misapplication of the rules, such as a kick or a blow to the back of the head, is forbidden and, upon review by a referee, can lead to the offending fighter being disqualified.

In contrast, while wrestling does require a level of defense, the primary focus is not on achieving points on a scorecard. Instead, there is a far greater emphasis on the attack to pin one’s opponent to secure victory.

Even if no pin or fall is achieved to secure victory, the nature of the scoring favors an attacking approach in that a takedown is worth 2 points and a near fall being 2 or 3 points depending on the length of time the combatant successfully holds his or her opponent.

In contrast, more defensive moves would be seen to only net 1 point for an escape and 2 points for a reversal, meaning that an aggressive strategy would trump a more passive conservative strategy.

The rules of wrestling (be it professional wrestling, Greco – Roman, and/or freestyle wrestling, to name but a few) would be seen to place far greater emphasis on the full use of one’s body and a multitude of techniques upon which to achieve a pin.

Most notable being the method by which a fighter would seek to achieve a submission via a series of moves and contortions primarily designed to put their opponent into such a position of pain and discomfort to force him or her to voluntarily surrender or be subdued to such an extent, that further competition is deemed impossible.

This would be in stark contrast to boxing, whereby save for a momentary clinch as a defensive move to reduce further injury and exhaustion, there would be seen to be no method by which to intentionally subdue an opponent.

Consequently, given the focus on attack and submission, it can be seen that wrestling requires greater physical prowess from a fighter over boxing, despite the significantly shorter bouts.

Following on from the brief descriptions of the rules as outlined above, the techniques of each sport will be highlighted to determine which is sport is harder in terms of technical difficulty.

Deemed by many to be “The Sweet Science”, boxing often seeks to categorize fighters in one of 4 primary categories, namely: inside fighters, outside fighters, counterpunchers, and/or brawlers.

Each of the styles mentioned above would be seen to place varying degrees of emphasis on punching, footwork, and defense, depending on their opponent’s physical makeup and style.

Ultimately, save for the heavy-handed approach of some brawlers, the focus remains on landing more punches than your opponent.

As such, there is an emphasis on analyzing one’s opponent at length before a bout and executing a strategy relative to the opponent in question, whereby there is a heavy reliance on muscle memory, reflexes, and executing a game plan as practiced in one’s training leading up to the fight.

While wrestling would be seen to have similar approaches to the variation of fighting styles and the need to analyze one’s opponent before a bout, there are distinct differences in the sport, which would add a layer of added complexity.

For a start, while boxing is focused on reflexes and muscle memory to successfully land and dodge blows in a very linear fashion, wrestling requires extensive knowledge of various grapples and holds that need to be executed and countered in various ways to better one’s opponent.

The training and execution would be seen to require in-depth practice and expertise over the more straightforward and ‘natural’ movements associated with boxing.

Secondly, while it is dependent on the style of wrestling in question, there is usually little to no time between rounds upon which a combatant can speak to his coach or training team, whereas boxing encourages a boxer to engage with his team between rounds, to have third party support upon which he or she can alter their strategy depending on how the fight is unfolding.

Not having this option for most wrestling matches results in a much quicker and more dynamic way of altering one’s strategy without the assistance of others.

Once again, it would appear that based on technicalities (and without even doing a deep dive into the team dynamics often associated with wrestling!), wrestling would be seen to be a harder sport.

Ultimately, while the above observations are primarily involved in objective metrics of each respective sport, there remains a key factor of subjectivity to the difficulty associated with combat sport, namely the ‘mental factor’.

However, to quantify and scrutinize such a major element would be seen as a largely redundant exercise in that each fight and the experiences by each fighter are relative.

Other than terrifying, trying to compare a bout with Mike Tyson as opposed to, say, Brock Lesnar or Francis Ngannou would depend on the mindset of their opponent, their confidence, and the context of the fight, but to name a few elements.

So while on an objective analysis, wrestling would be seen to have the edge over boxing, it would be a mistake to not mention the mental factor present in all combat sports upon which many believe to be the deciding factor upon which champions emerge.