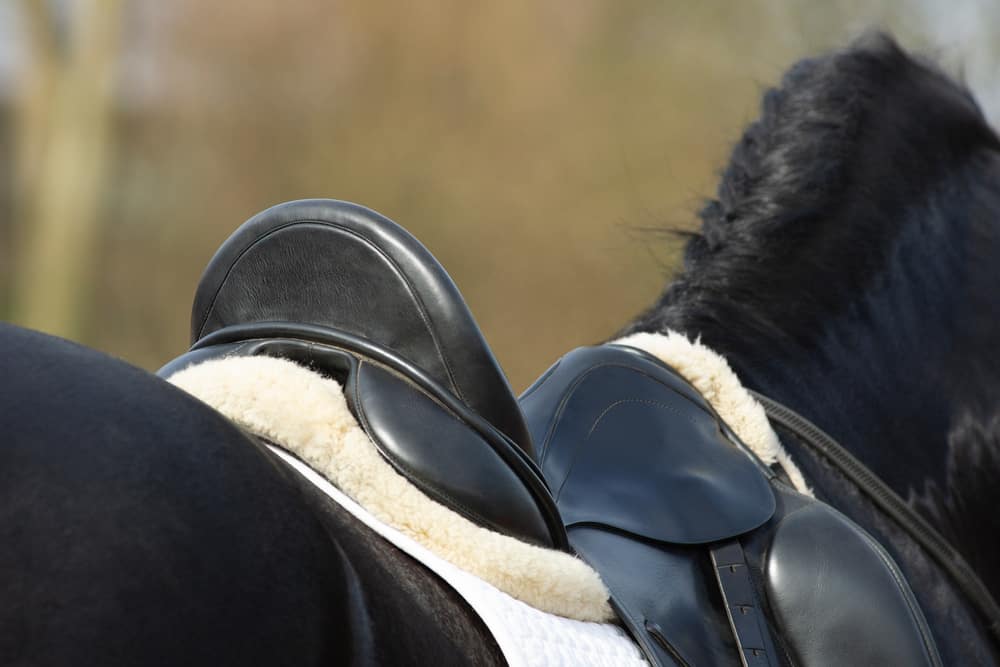 Many riders are under the impression that you need a big fancy warmblood to perform dressage. This simply is not true. After all, dressage training’s main purpose is to develop a horse’s strength, suppleness, balance, and responsiveness to the rider’s aids, therefore displaying a harmonious partnership between a horse and his rider.

Most classic draft horses, with correct training, would have the ability to perform successfully in lower-level dressage. A well-schooled and balanced draft horse with three correct gaits could accomplish all of the movements required in a novice or intermediate dressage test. Some cross-bred draft horses even compete in higher-level dressage.

While draft horses were not specifically bred to perform dressage, they are absolutely capable of it. Not every rider has immediate ambitions to compete in the Olympics. For those who enjoy the process of bonding with their steed, training, and learning themselves, draft horses are certainly a suitable choice.

Cross-bred draft horses are becoming ever more popular as dressage horses and are widely used in international competitions.

Why would a rider do dressage on a draft horse?

This, along with their gentle, kind, and forgiving temperament, makes them justifiably popular for beginner riders who are still learning the ropes and finding their balance in the saddle, for happy hackers who enjoy trail riding, or for novice riders who are just beginning their dressage career.

When starting in dressage, there is no need to rush out and look for a fancy dressage horse with exceptional training. All you need is a passionate rider, a sound and willing horse, and a patient trainer.

In novice-level dressage, competition tests require the horse and rider to perform the walk, the trot and later-on the canter and a few basic school movements such as a 20-meter circle on each rein and a change of rein across the diagonal line of the arena.

The competitors are judged on their accuracy, their riding position, and the correct use of their aids, while the horse is judged on his response to the rider’s aids, balance and suppleness, and willingness to perform the tasks asked of him. All of which can be accomplished and performed by a draft horse through correct and systemic training.

Due to their large size and solid build, classic draft horses lack the lightness and freedom of movement possessed by a warmblood who has been purposely bred to perform advanced dressage movements such as piaffe, passage, and canter pirouettes.

Their conformation and temperament make draft horses ideally suited to slow and heavy work instead of the agility and light-footedness required by high-level dressage horses.

Cross-bred draft horses, such as the Irish Draft horse, have more natural athletic ability and higher energy levels than the classic breeds and would find dressage movements easier to execute.

Infusions of Thoroughbred bloodlines over past generations have improved the ride-ability and agility of the Irish Draft horse to a point where they can compete successfully in all of the FEI (Fédération Équestre Internationale or FEI is the international governing body for equestrian sports) disciplines, dressage included.

Friesians are another good example of cross-bred draft horses used in international dressage competitions. Their stunning black coloring and expressive movements give them the wow factor. This, along with their intelligence and willingness to please their riders, makes them a popular choice for intermediate and, in some cases, even high-level dressage.

Crossbred draft horses also played a significant role in the development of many successful and popular warmblood breeds. Infusions of their bloodlines over past generations added size, strength, and a willing yet gentle temperament.

Things to ponder when considering a draft horse for dressage

As with all things, there are pros and cons to riding and training different types of horses. If you own a draft horse and are considering starting a career in dressage, you should just go for it. Don’t allow the idea of the challenge or anyone else’s opinion to stand in your way. After all, if, after a ride on your trusty steed, you return home with a smile on your face and a twinkle in your eye, you have already won.

Below are a few things to keep in mind;

Your draft is kind, patient, and gentle. He will forgive your mistakes and continue in his level-headed way to try to please you.

This said, your draft is probably (more than) a little on the lazy side, but think about it; riding him will be a full workout, and there will be no need to drag yourself off to the gym after a riding session.

Your draft is sturdy and strong. He will carry you safely from A to C and back again, giving you ample time in between to plan each successive move.

Your draft is designed like a bodybuilder. His original purpose was to pull carts, not prance around like a ballerina. It’s hard for him to reach the same level of collection as a well-bred warmblood, just as a warmblood can’t pull an 8000-pound cart.

Are there competitions for draft horses?

At driving shows, the horses compete primarily in driving exhibitions where they are presented in harness and judged according to their conformation, workability, and turnout (presentation).

In these competitions, the hitches (consisting of the driver, along with their horse/s in harness and the vehicle being towed) compete against each other by performing specific tasks in front of a judge. A few draft horse shows will also include classes where the horses compete under saddle.

Driving shows are not the same as draft horse pulling competitions, also known as ‘heavy horse’ trials. Here either single horses or teams of horses are competed against each other to determine who can pull the heaviest weight.

Draft horses include the biggest and strongest breeds of horses in the world. They possess certain physical and behavioral characteristics which are unique only to them.

These characteristics can be seen in their conformation through their strong upright shoulders, short, well-muscled back, powerful hindquarters, and large, round feet, only to name a few. They stand between 16 and 19 hands high and can weigh between 1 400 and 2 500 pounds, with an average weight of around 2 000 pounds. A single draft horse can pull a weight of around 8000 pounds.

What were draft horses originally bred for?

Draft horses were originally bred to be working farm horses, and for many years found their place by the side of pre-industrial farmers pulling farm plows, wagons, carts, and other heavy loads.

To perform their duties, they needed to be calm, quiet and accepting yet boast a willingness to perform and work hard for their handlers as their job was by no means an easy one. The draft horse became more than just a farming tool; they were an invaluable work partner.

Modern use of draft horses as working horses

There are a few places across Europe and the US where draft horses are still used as working animals on farms, particularly by Mennonite and Amish communities and those who desire to keep their farms ‘green’.

In places such as Mackinac Island in the US, legislation preventing automotive traffic makes draft horses invaluable for use in transportation. Draft horses are also used in forestry to pull logs from woodlands too dense for a mechanized method.

Ultimately dressage displays the partnership between horse and rider. It requires a great deal of trust and effort from both sides. Simply because a particular breed of horse, in this case, the draft horse, was not originally intended to be ridden in dressage, that does not mean he is incapable of performing dressage.

You may be sitting thinking about your trusty steed standing in his stall, perhaps he is short, and a little on the round side and not the most graceful horse in the barn, perhaps his croup is higher than his withers – the opposite to the classical uphill build of a well-bred warmblood. But this should not stand in your way of enjoying the process of training and working with him toward your goal.

He will probably not be the next Totilas and is unlikely to take you to the Olympics, but he will provide you with a rewarding experience if you take the time to persevere. The kind and willing nature of draft horses make up for some of what they may lack physically. And as with any breed of horse, some are naturally more talented than others, and it is wise to bear in mind the ability and willingness of each horse as an individual.