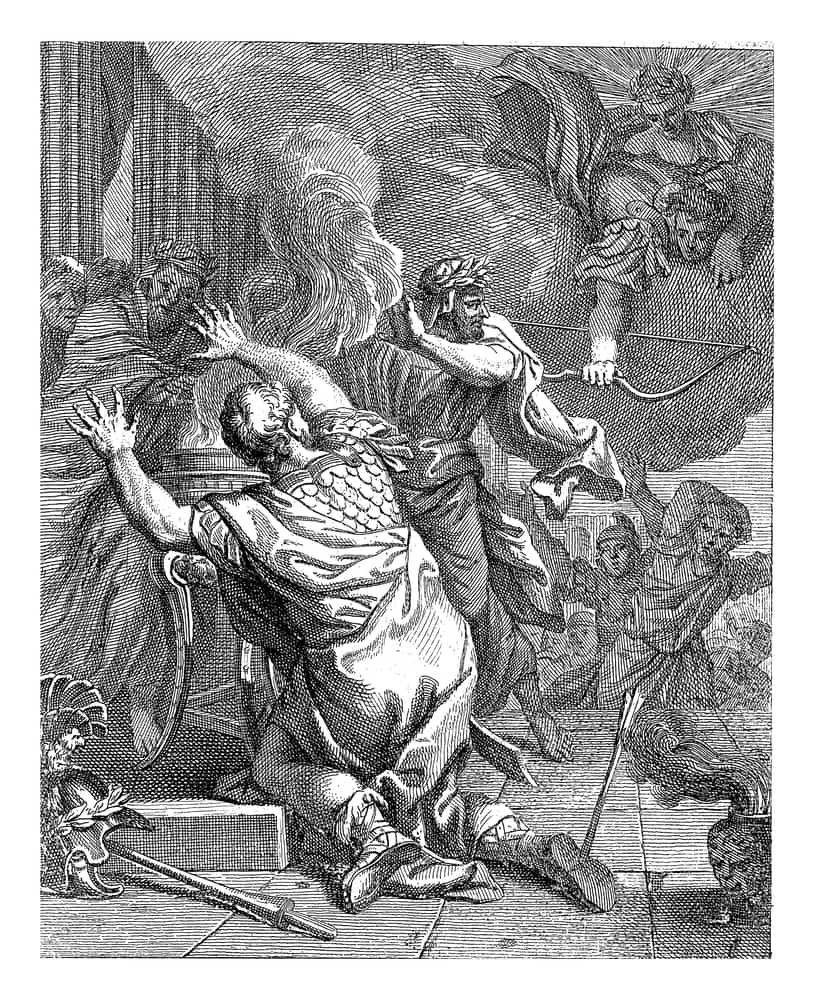 If you’re anything like me and have a passion for stories, you probably love Greek Mythology. Inundated with noteworthy characters, drama, and epic battles, which have been re-imagined over the generations, our attention turns now to one such tale, that of heroic Achilles and his death during the battle for Troy.

Apollo, the patron god of Troy, sought to pour out his vengeance and wrath upon the armies of Greece (Achaeans) during the battle of Troy. During the war, a cycle of revenge led to the eventual demise of mighty Achilles, with Apollo guiding the arrow of Paris to the fateful Achilles’ heel.

Most legends, along with human nature, cannot be summarized in a simple answer. To truly understand “why” Apollo killed Achilles, we need to look at the “who,” the “what,” the “where,” and the “when.”

Building up to a heroic death

With each reiteration of the epic, originally laid out by Homer in the Iliad, different aspects have fleshed out the story around Achilles’ life and death. In the Iliad and the Odyssey, Homer does not actually recount how Achilles meets his end. However, in accordance with most of the legends, not in the least bit those ascribed to the poet Arctinus, we can draw a few conclusions:

Some of the Greek gods involved in the war for Troy

The gods had various roles to play in the epic, that is, the Battle for Troy. In the table below are some of the significant role players and what they added into the mix.

Achilles was born to Peleus (a mortal man), the leader of the Myrmidons (a skilled and ferocious fighting people), and an immortal sea-nymph mother named Thetis. According to Homer, Achilles was raised by his mother in Phthia with Patroclus. (Another legend tells us that Thetis ran away after Achilles was born to rejoin the nymphs, Peleus then, at a loss on how to raise Achilles, sent him to train with Chiron, the wise centaur.

Chiron then teaches Achilles how to hunt and about music, to name two things). During this time, the river Styx myth has occurred (although this was also not in Homer’s writings). While he was still young, a prophecy was told that Achilles would die in the battle for Troy, so his parents sent him to Scyros to live with the daughters of Lycomedes. Achilles was fabled to have dressed up as one of the king’s daughters to hide, where Odysseus and Diomedes found him.

Odysseus and Diomedes tricked Achilles into revealing himself to them. The two kings disguise themselves as merchants, selling jewelry and clothing; however, they also had hidden weapons amongst the items. Achilles grabbed one of the weapons and was discovered. The reason these two had come in search of him was due to another prophesy, foretelling that the Greeks would not be able to conquer Troy without the aid of Achilles. Therefore Achilles joined the war for Troy.

We see that during the conflict for Troy, the gods played favorites. They each had their own champions and sought to elevate their own status and agendas through the use of these champions. Achilles found himself on the receiving end of Apollo’s wrath for a few reasons. Achilles was far too dangerous a threat to the Trojans to be left alive.

Still, more than that, Achilles had desecrated the body of Hector, which would have added to the rage Apollo felt towards the Greek army invading his city. We further see that even though Apollo is not the one to pull back on the bowstring and release the fateful arrow, his is the information and guidance that allows Paris to make the shot that none other could up until that point.

It is worth mentioning that Apollo is celebrated as the god of Archery, so it is fitting that Paris, a man of slight cowardice, who chose to rather use a bow than to fight with a sword, was the one to kill the great Achilles.