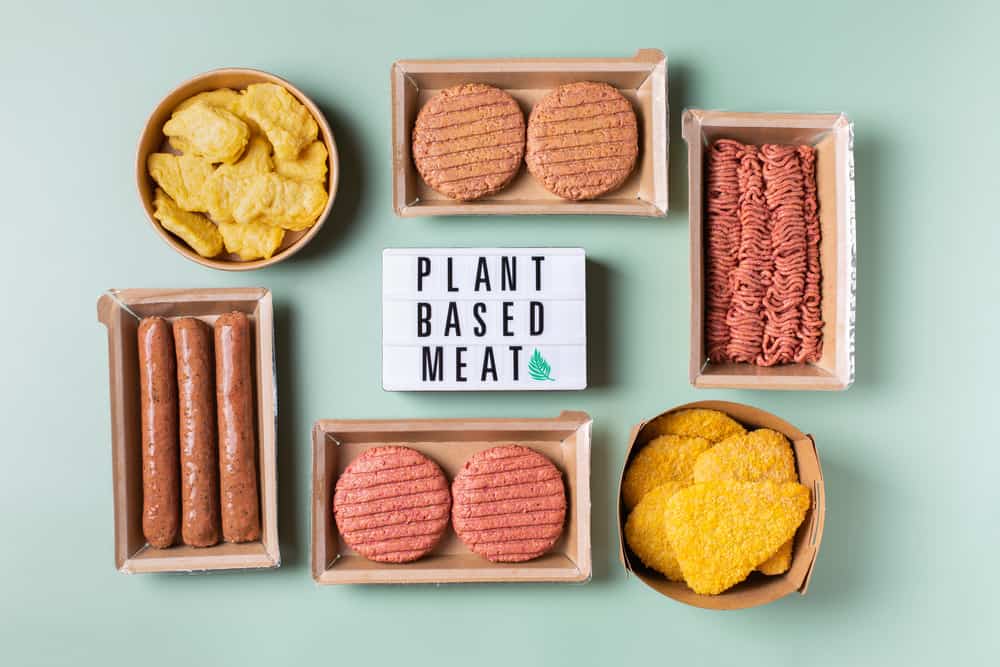 An ever-increasing number of people are embracing a vegan lifestyle. While the popularity of this new way of eating is fast gaining momentum, what is puzzling for many non-vegans is why many plant-based food alternatives seem to so closely imitate the meat products vegans actively exclude in their diet.

Vegan food resemble meat products to mimic learned eating habits and norms. These are often ingrained as part of the human socialization process. By choosing plant-based alternatives, vegans are not shunning the meat taste experience but instead modifying the source of where the ‘meat’ is obtained.

The decision to pursue a strictly vegan diet can be pretty daunting, and the reasons for making this change are often a lot more complex than simply concern for animal welfare which is often the first reason that springs to mind. This article will explore why available vegan meat-like alternatives often look like authentic animal meat products.

Producers of vegan-style alternatives try by all means to copy the appearance, texture, and taste of traditional animal meat products with plant-based alternatives.

It can be argued that most actual processed animal products in no way resemble the actual species of animal that it was produced from. Vegan producers are merely mimicking an eating experience and not a particular type of animal.

An excellent example of this is the popular vegan alternatives for hotdog sausages. Most traditional meat-eaters are not sure what animal meat is included in their hotdogs. The overall experience is simply because of the end product’s appearance, texture, and taste, all of which can be replicated using no animal meat at all.

What Is Plant-Based Meat?

In short, plant-based meat products are produced to give the consumer a similar experience in terms of appearance, texture, taste, and overall satisfaction. Besides the obvious benefit of not causing any animal suffering, the environmental impact of producing plant-based meat is much less. Vegan products are generally healthier as they do not contain any animal hormones or fats.

The technology to produce more palatable plant-based meats has developed quickly, and consumers now have a wide variety of products to choose from. Meat-free diets are no longer limited to basics like soy mince and lentil-based pies.

There are now plant-based sandwich meats, meat strips, and chicken-like substitutes, so vegan consumers no longer need to feel excluded from enjoying the full spectrum of culinary experiences.

In most cases, vegans grow up eating animal meat products and might have developed habits or pleasant memories around their previous food preferences. Therefore, they may still enjoy ‘meat’ but choose to find a plant-based source instead.

Many traditions include meat in some form. It often forms the centerpiece at celebrations, for example, the Thanksgiving turkey with all the trimmings or a summer barbeque around the pool. These rituals are often deeply ingrained in our cultural identity.

Vegans have been able to make the distinction between the act of consuming actual animal flesh as part of these events and nourishing their bodies by other means while still maintaining group identity.

What Makes People Move To A Vegan Diet In The First Place?

While the obvious answer that everyone thinks about is the concern for animal welfare and the often cruel conditions associated with the production of animal meat products. However, a deeper look has revealed that frequently, this is just ONE of a variety of reasons cited by vegans to motivate their lifestyle choices.

These are some of the reasons provided by followers of a vegan lifestyle:

Farmed animals are frequently fed growth stimulants or hormones to speed up production. They are treated for various illnesses with medicines. These additives could make their way through the food chain and into the end product.

The Difference Between A Vegetarian Diet And A Vegan Diet

Put simply, all vegans are by default also vegetarians, but vegetarians are not vegans. While vegetarians have switched to plant-based meats and don’t consume animal flesh, they may continue to enjoy other products derived from animals like milk, cheese, ice cream, and eggs.

This distinction is notable because a vegetarian lifestyle is far less restrictive than that of vegans. However, all plant-based vegan meat products would also be suitable for those following a vegetarian diet.

What Is Vegan Meat Made From?

The exact ingredients of plant-based meat recipes vary amongst the various companies, each striving to create delicious, satisfying, and healthy vegan meat-like alternatives. In general, most vegan meats are made from plant-based proteins like potato, wheat gluten, soy, beans, or rice.

Combinations of these ingredients are livened up with flavorings like garlic, onion, and salt. Natural colorants like beet are often added to give a ‘meaty’ color, and vegetable oils like coconut or sunflower provide a more authentic meat-like texture.

While it is true that vegan meat sometimes does contain high amounts of sodium and flavorings, they are still healthier than animal meat as they are lower in saturated fat and calories. Plant-based meat is an excellent way for people to enjoy the taste sensations they are accustomed to while avoiding the unhealthy consequences of consuming animal flesh.

There is no need for a drastic change in eating habits or prolonged cravings for ‘meat’ when one moves to veganism. One simply needs to consciously decide to abandon animal products and opt for the plethora of alternative plant-based foods that are commercially available. The fact that a lot of vegan-style ‘meat’ that is commercially available closely resembles traditional animal meat products makes the transition to a vegan lifestyle much easier.

Vegan plant-based meat may often resemble animal meat products, but there is no doubt in the minds of vegans that it is NOT animal-based. The taste, texture, and overall satisfaction of enjoying ‘meat’ are not lost. Vegans have merely made a conscious decision to obtain their ‘meat’ from non-animal sources.