Garth was born in East London, South Africa, and moved, at the age of three (possibly with the help of his parents), to Johannesburg, from where he has been trying to escape for the next 56 years. Each escape attempt has been thwarted by the plain fact that he loves the City of Gold and the combustible, frantic, scurrying nature of its people.

His first attempted desertion was, as was so with many young South Africans, to the bright lights of London Town. For two years, he endured the rain, the snow, the long gorgeous summer days, and a bossy and somewhat dyspeptic office manager in the City where he worked under duress as a salesman of financial instruments he didn’t believe in. This disbelief contributed greatly to his lack of success as a budding Gordon Gecko, much to the dismay of his parents, who firmly encouraged a return to the familial bosom.

Subsequent attempts at liberation took him to Taiwan, where he set up and managed a trading house in Taipei, and then on to a sourcing company in Hong Kong, where he discovered that the corporate life was not really his scene. After quitting the dream job in Hong Kong in 1990, he decided to once more return to the city of mine dumps, wonderful weather and no river running through it, to set up his own company, which, if not for a fearfully destructive COVID pandemic, is where he would be now fruitfully spending his working hours frantically scurrying around with all the other busy residents of Johannesburg.

Garth played as a tighthead prop in the first team rugby for his school side from 15. He took a frightful battering from the bigger boys while waiting patiently for his turn on the Growth Spurt Express. This is probably also where he learned that to cheat surreptitiously and to blatantly mislead the referee at every opportunity was infinitely preferable to nursing a monstrously sore head after every game.

His lack of size in his younger years perforce led him to discover the art of Karate in which activity he displayed a natural aptitude and was selected to represent South Africa in the World Championships, where he gained a bronze medal in Kumite (the fighting part of Karate), and the second bronze in Kata (a sort of choreographed, stylized, menacing boogie).

As a counterbalance to the more martial side of his character, Garth also loves to look at birds out in the wild and has racked up a tick list of 487 Southern African birds and somewhere around 100 foreign feathered friends. He likes animals too.

He enjoys riding anything with two wheels, and he can be found on most weekends on his mountain bike or his road bicycle pedaling around the Cradle of Humankind with hundreds of other mad, sweating cyclists. He is also rather partial to avoiding the traffic in and around Johannesburg on his motorbike. A mechanical beast that has taken him, usually hanging on for dear life, on adventures all over South Africa, Botswana, and Namibia.

Garth is the immensely proud and fortunate father of two strapping young lads and a rather wonderful young lady who, despite not having the advantages of a silver spoon wedged in their mouths at birth, have done astonishingly well in life. 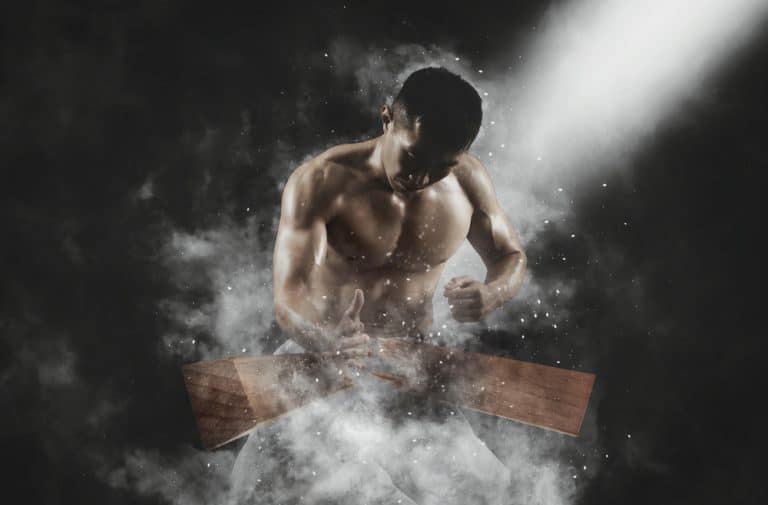 Karate boards, or Makiwara as they are called in Japan, are extremely strong and flexible pieces of equipment. Originally from Okinawa, they are an essential part of any karate club. During the course of daily classes, they will take quite a pounding from the students. So do they break? Does the Sensei have to install…