Joanne is a well-traveled multi-lingual mom of four young adults and a Dogo Argentino.
She loves spending time with her husband, children, and dog and studies Naturopathic Medicine.
Give her a knife, shotgun, a fly rod or put her behind the steering wheel of a V8 and she is content.

Joanne has extensive knowledge on a wide variety of subjects and industries from horticulture, QHSE, FMCG to platinum mining and has a passion for Krav Maga, knife fighting, gundogs, hunting dogs, skeet shooting, American Muscle and high performance cars, BRABUS and Hennessey conversions in particular. She is equally comfortable in the water behind a fly rod and she holds an SA Record for trout. Having traveled extensively in her life she enjoys exploring history and museums. Together with her family they lived in South America being married to a Uruguayan, her 3rd language is Castellano or Castilian Spanish. She is a voracious reader and prefers medical books and science to non-fiction. She has an international qualification in QHSE and is currently in her Ph.D. phase of Naturopathic medicine.

Joanne wanted nothing more than to become a Neurosurgeon but due to 2 tragic events, she was unable to do so. Today she is in her Ph.D. stage of Naturopathic medicine and is doing a course on Neuro-Linguistic Programming and Neuroscience through HarvardX will be her next field of study.

Her love for plants was cultivated shortly after finishing school, she worked in a nursery for a few years and followed a horticultural career. She specialized in grafting, stratification, and growing. She became the area manager for a large landscaping company and was in charge of the Tsogo Sun Monte Casino complex gardens for two and half years.

Joanne first started skeet and wind shooting with friends in the Mpumalanga area and fell in love with the sport and the dogs. She bought her first Weimaraner and would end up breeding with them for 10 years. She participated in a few field trails with her dogs. She is extremely passionate about all breeds of gundogs and has worked with and trained Weimaraners, Springer Spaniels, and German Shorthaired Pointers. Her field gun of choice was a Rottweil, 4 shot Semi-Auto with a 27” barrel.

While living in Argentina she was introduced to the Dogo Argentino breed, they are used as large game hunting dogs to control the wild boar population. She has her own Dogo who is the great-granddaughter of the famous Morocho de la Cocha of Cordoba. A brave dog who saved two girls from a puma. She is certain that once you own a Dogo, no other breed can come close.

Having had the opportunities to travel extensively she has visited a number of countries and places of historical importance. Her favorite countries are Egypt, Scotland, Argentina, Uruguay and Thailand.

From horticulture and site management, the natural progression to QHSE was easy, she enrolled in various courses, and in 2008/9 she was awarded her NEBOSCH IGC. She is passionate about the environment and sustainability and understands the complex relationship between quality control and profit. Her career in QHSE also afforded her to work in the platinum tailings recovery industry.

Nothing excites her quite like the roar of a V8. Joanne has had the opportunity to own and drive several high-performance vehicles. She used to buy and sell classic cars for a few years and owned several including a ’69 Valiant Barracuda SS, 1970 Dodge Monaco, and a 1940 Packard Coupe. She has also owned and test-driven several high-performance cars regularly through BMW and Audi. Her top choices are the Audi A7, Mercedes Benz E55AMG classic, and Mercedes Benz BRABUS conversions on the V8 and V12 models. For the Pickup market, the Ford F150 Hennessey Velociraptor is a vehicle she would love to be able to drive and own one day. Nothing like 600Hp under the hood.

While living in Johannesburg and having gone through a divorce, she decided that being a single mom of 4 and living in one of the most dangerous cities in the world, she needed to take some self-defense classes. Having tried Kung Fu and realizing it will take years before a level of efficacy is attained, she stumbled upon Krav Maga. She went through rigorous screening and was able to book her first class. It was grueling, in fact, so much so that she went on to attend classes 3 times a week for two and a half years. She was aiming to do an instructor’s course but broke her back in a falling accident. Currently, she enjoys Piper, Sykes Fairbairn, and Silat styles of knife fighting.

After a falling accident that left Joanne unable to walk for 2 years 8 months, she had developed a chronic pain condition due to nerve damage. This event and subsequent repercussions lead her to explore the natural medicine world. In 2013 while living in Uruguay, she became involved in the Cannabis industry. This progressed naturally into her being accepted for various studies in Naturopathic medicine. Her interest lies in the effects of cannabis on chronic pain versus pharmaceuticals. Once finished with her post-doctorate she would like to open a practice in Uruguay.

Joanne had her first tattoo done in 2008, coming from a strict religious home she had to hide it even as an adult. That didn’t stop her from getting more and today she has nearly half of her body covered. She is not planning on stopping anytime soon. She also had various piercings done over the course of a few years. She is extremely passionate about tattoos and the incredible talent of artists around the world.

Joanne is a voracious reader and would sometimes have three or four titles going at the same time. She collects books and prefers books on subject matters such as medical, science, biotechnology, sustainability, and history. Of course, there are the cult classics such as Lord of the Rings and comic classics like 2000AD that made the cut.

Joanne speaks native English and Afrikaans, having attended a bilingual school in her primary years. After re marrying in 2013 to an Uruguayan, she learned Castilian Spanish in about 6 months. It is slightly different from Spanish spoken in Spain and is a beautiful, expressive language that she speaks daily.

Being the daily scholar, there are other random things that Joanne is passionate about like; technology, she loves a good gadget, and she also collects rocks from every place she visits in the world. 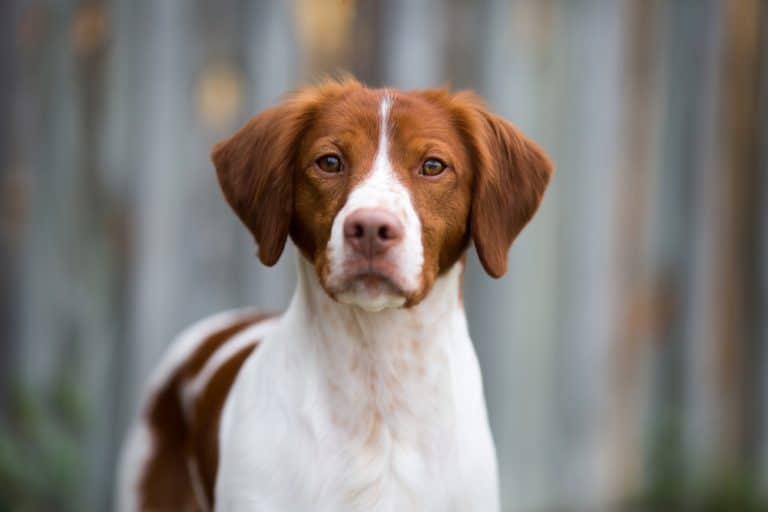 There are many facets to the world of the gundog, and the Brittany Spaniel is no exception. The effectiveness of any dog in the hunt comes down to both the handler and the dog’s experience. For the most part, the Brittany is considered an “all-rounder” and a pointer that will perform whatever task it is…