Kyle wants to change the world and wants to have fun doing it!
He is a sports and fitness fanatic, only drinks the finest coffee, and reads whenever he gets the chance.
He has a broad spectrum of interests and loves taking on new challenges and researching new topics.
He wants to learn something new every day and will never turn down the chance to go on an adventure.

Kyle’s first steps as a professional writer began when he worked as a journalist for a local sports publication. After cutting his teeth in the fast-paced, deadline-driven mainstream media industry, he migrated to the IT industry as a digital content producer, heading the media division of a blockchain-based tech startup.

He also worked as a freelancer, writing primarily about the Fourth Industrial Revolution (4IR) and emerging technologies. Kyle has also been running his own blog, which covers a broad range of topics, such as politics, lifestyle, reviews, and more. His greatest passion, though, is politics.

Kyle is a leading voice in the efforts to implement a Universal Basic Income in South Africa and has appeared in various radio stations and podcasts as part of his fight to eradicate poverty and change the world around him for the better.

He also enjoys the finer things in life, such as cooking, gardening, exercising, spending time at the beach, and reading a book or watching a movie. But Kyle’s first love will always be writing. He truly enjoys doing his research and writing articles that he can be proud of and sharing thoughts and ideas with people from all over the world. 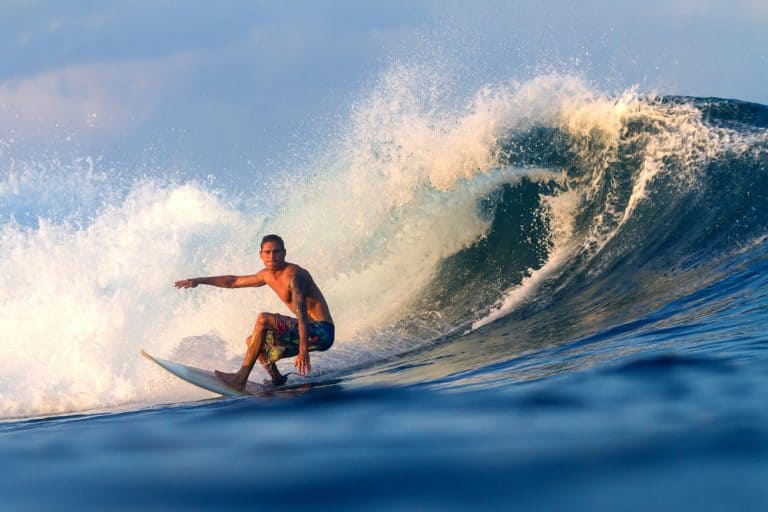 There’s something special about hitting the beach on a perfect day and taking advantage of waves when the swell builds up. But we surfers are all fully aware of one of surfing’s greatest drawbacks: back pain. So is surfing good for your back? And why do you feel that pain every time you paddle out?…