Paul has had an eventful life so far where he whitewater rafted, skied in several countries,
hiked in 32 countries, worked as bar staff in the UK and as a Divemaster on a boat on the Barrier Reef,
got his paragliding license, painted apartments in Jerusalem, camel-trekked in Egypt,
and elephant-trekked in Chiang-Mai (Thailand) among a massive list of other things.

Paul grew up in Johannesburg,  South Afrcia, where he had a love for acting, rugby and squash revealed to him, and an appreciation for maths, english and geography beaten into him – often literally, as his tongue and brain seemed to have very little understanding of cooperation.

He played at fullback for the First XV rugby team from grade 6 and won the Best Actor award for The Student Prince in grade 11. By grade 12, he held four athletics records and had miraculously avoided expulsion despite receiving regular canings for ‘talking out of turn’ and other equally serious misdemeanors.

On weekends, he was working as an Ice Supervisor at a newly-built ice rink and was awarded national colors for speed-skating. He also worked as a photo-journalist on weekends, covering all of the local sporting events.

He married in 1983 and after completing a SCUBA course with NAUI and joined a magazine in Cape Town, South Africa as an underwater photographer. He spent the next 5 years travelling the world with his wife, visiting most of Europe, North and Central America, India, most of SE Asia, Australia and New Zealand, working as he went.

Going into what they did during that period would tax their fortitude as well as the few hours they had before the Thursday deadline, but they whitewater rafted, skied in several countries, hiked in 32 countries, worked as bar staff in the UK and as a Divemaster on a boat on the Barrier Reef, got his paragliding licence, painted apartments in Jerusalem, camel-trekked in Egypt, and elephant-trekked in Chiang-Mai (Thailand). Worked as a 5-star barman at King Solomon’s Palace in Eilat, Israel, where he was fired after five days for being “the most incompetent barman they have ever had”… He bluffed his way through the interview thinking, “How difficult could this job possibly be?” and found out the hard way!

In 1990, along with his wife, he started Krakatoa Trading cc, a company importing giftware, fashion-jewellery, art pieces, clothing and furniture from Indonesia, and The Loquat Tree, a gift shop, which they ran until 2015 when they moved to join his sister at her Bed & Breakfast for groups venture.

He is a keen birdwatcher, with over 500 local birds on his ‘Lifer’ list. He plays poker regularly and has won the league twice, and he loves wildlife and the outdoors. That said, he is also an opera buff and Covid-19 notwithstanding, visited a local mall during opera season, where live operas were screened from the Met in New York.

He is recovering from Prostate Cancer and plans to start a YouTube channel called ‘Starting Life At 60’…as his wife died recently. Since then, he has had to learn to cook, which he enjoys, and clean the house, which he does not.

He am blessed with two children and trades vinyl records at a local fair once a month with his daughter assisting him. 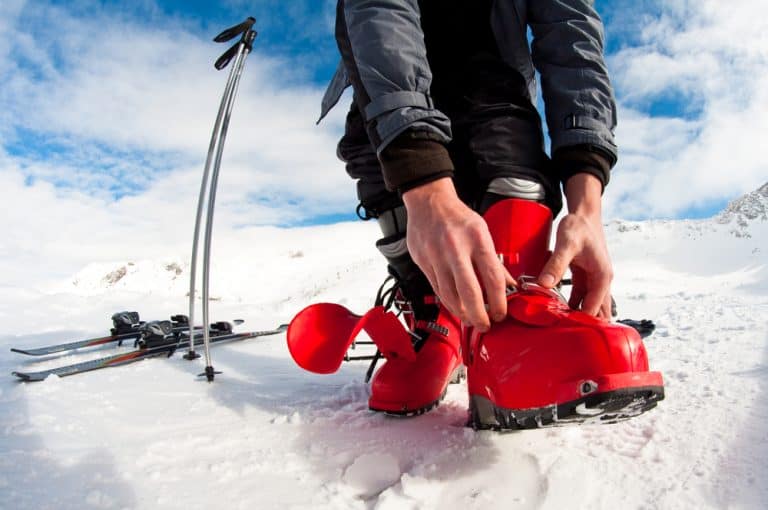 After a day on the nursery slopes, the first thing any new skier will notice when they remove their boots is the fact that their feet, numb for most of the day, are now starting to ache as they thaw out. Are these instruments of torture actually necessary, they wonder, as they hobble off to…