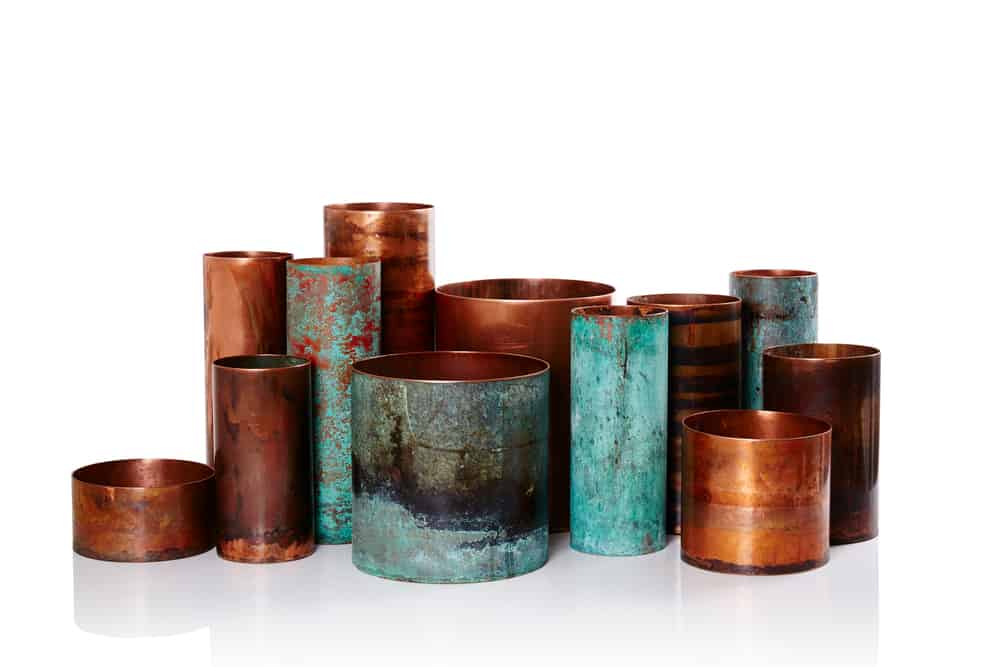 You might have some pieces of jewelry that you’d love to wear but can’t because they’ve gone green! Not to worry, it is normal for some metals to develop a green layer over time but most pieces can be fixed in one afternoon. However, these are also tricks to prevent your jewelry from turning green instead of turning back the clock on those verdant pieces.

Jewelry can develop a green crust called ‘verdigris’ or ‘patina’ due to exposure to moisture or cosmetics. This green development is normal and can be fixed by brushing the piece with a Q-tip or toothbrush, soaking the affected item in an acidic solution, or using metal polish or light shampoo.

Cleaning your green jewelry is a task that can be tackled in an afternoon by employing the following steps but if you find this task tedious, then it is important to first know what verdigris is, which metals it affects and how you can prevent your jewelry from developing the green gunge again!

What Steps To Take

There are a few methods you can undertake in fixing your green jewelry. The first possibility involves using a small, angled item such as a Q-tip or toothpick to brush off as much verdigris as possible. If that doesn’t do the trick then apply metal polish to a soft cloth or toothbrush and gently run it over the affected areas. This will also brighten up your jewelry piece!

The second possible method includes exposing your jewelry to an acidic solution such as vinegar, or lemon juice and water. Some people prefer to use lemon juice to vinegar due to its sour and sharp smell. Make sure that there is just as much lemon juice as there is water otherwise the lemon’s acidity will become too diluted and ineffective in combatting the verdigris. Let the jewelry soak for 15-20 minutes. If your jewels still have some deposits of verdigris then complete the soak in conjunction with rubbing the tougher areas with a soft tool like a toothbrush.

The final possible method requires toothpaste or mild shampoo, which should be applied to a soft cloth or toothbrush and gently run over your tainted jewelry.

All of these possible methods can be completed in a short afternoon using common household items.

What Is It And Why Does It Affect My Jewelry?

Verdigris is a green encrustation that occurs when metals like copper, bronze, and brass become oxidized (form a rust-like crust called copper oxide) due to being exposed to air and moisture. For example, the Statue of Liberty is built from copper but you wouldn’t think so since it doesn’t have that typical copper shine or color. That is because the statue is covered in verdigris as a result of its exposure to seawater and air giving its iconic green appearance.

While verdigris might be undesirable in terms of your jewelry, it actually poses some benefits. Some people like verdigris to feature in their interiors as a stylistic choice. (Although, while copper kitchenware is aesthetically pleasing with its warm shine, it should never be used to produce food if traces of verdigris are found.)

On a more practical note, verdigris/ copper oxide is unlike iron oxide (actual rust) in that it doesn’t slowly erode the metal it affects. Copper oxide actually reinforces the metal below by forming a barrier over it. Once the affected copper has oxidized, it cannot oxidize further. This might be good news for your jewelry!

Jewelry is commonly composed of reactive metals like copper and bronze, particularly cheaper pieces such as costume jewelry. These metals are affordable causing most large retailers to produce pieces in these metals. However, they are more prone to weathering due to the capacity of water to react with water, air, sweat, and cosmetics – common things that our bodies are exposed to.

Verdigris is completely normal and usually occurs over time but it does not mean you should show your jewelry pieces out! Undergo one of the three possible cleaning methods and continue reading for tips on how to avoid verdigris altogether.

All jewelry containing traces of copper has the ability to go green. This comprises the bulk of ‘cheaper’ retail jewelry, which is typically made of copper, bronze, and brass and is prone to oxidization and consequently, verdigris.Rust is iron oxide; however, copper can also oxidize (reacts with oxygen, water, and carbon dioxide from air or moisture) developing a layer that is like rust called copper oxide. Copper oxide is the green rust-like crust that forms on your jewelry and this is verdigris.

Metals that don’t go green by developing verdigris are ‘stable’ metals such as silver, platinum, and gold. These three metals are stable since there do not react to natural elements around them, unlike copper. While it might seem that copper has a high reactivity rate, it actually doesn’t. Copper has a low reactive rate and is generally affordable. That’s why it’s so ubiquitous in high-end jewelry!

Sterling is a common type of silver jewelry commonly bearing a 925 engraving, which indicates that the piece is at least 92.5% silver and has been mixed with another metal, typically copper, to make up the remaining percentage. The stabilizing metal can react with moisture, cosmetics products, and sweat resulting in verdigris or other discoloration.

How To Avoid Jewelry Going Green

Verdigris comes about when your jewelry (if composed of copper) is exposed to moisture, sweat, or cosmetic products. In order to prevent the advent of verdigris, remove jewelry pieces before swimming, showering, or exercising. Do not apply creams or other cosmetic products when you are wearing rings. Also, do not apply cream to areas that are occupied by jewelry, such as bracelets.

Other preventative measures include applying a clear coat of nail varnish to your jewelry piece taking care to not let edges glue together.

As a rule of thumb, it is best to treat your copper jewelry as if it were gold. The more care you take in wearing and removing your jewelry, the better the chance of keeping verdigris at bay. This means taking off your copper jewelry before jumping in the sea or doing the dishes.

If verdigris really bothers you and you don’t want to deal with it at all, then consider buying jewelry not comprising copper, such as the stable metals – platinum, gold, or sterling (posing a considerably smaller risk of oxidizing despite possessing some copper). They are more expensive but will stand the test of time.

The presence of verdigris isn’t a sign that you should throw your jewelry away. Rather it’s a natural process that occurs when common jewelry metals are exposed to moisture, air, and cosmetics, such as hand cream or perfume.

While your jewelry going green is undesirable, it does not cause any harm to you or your skin – unless you suffer from an extreme skin allergy. You can fix your jewelry in a number of small and simple steps using common household items. Most pieces can be easily fixed and restored to their former shiny selves in under an hour unless the case is severe.

A lot of jewelry is composed of copper, bronze and brass so the likelihood of at least one of your jewelry pieces turning green is high. Although, you can usually remove all the verdigris through either consistently cleaning your jewelry or cleaning each piece once verdigris has arrived.

Some preventative measures include removing all jewelry before exposing yourself to water, soap, or creams. In terms of bracelets and rings, make sure to let your skin absorb your cosmetics before donning your jewels. Clear nail polish can also be used to coat your jewelry and help prevent it from oxidizing.

If you’re fed up with verdigris altogether then try investing in pieces not made with copper-like sterling – which has a low percentage of copper – or platinum and gold. These metals are more expensive to purchase however, you won’t have to scrub your jewelry with your toothbrush!