Her name means ‘youthful,’ and this lady with a keen sense of humor and zest for life. Gillian certainly lives up to her name. Her endless energy, curiosity, and love of learning keeps everyone around her on their toes.

The youngest of 4 siblings, Gill has a unique insight into life in differently-abled families because her eldest brother had Down Syndrome. Her first job as a teenager was as a cellist with the local town orchestra in a seaside town in South Africa. After school, she obtained a Bachelor of Social Science Degree in Developmental Psychology and Sociology from Rhodes University in Grahamstown.

Soon after studying, marriage and motherhood followed, along with emigration to the USA – aged 23 and heading off with only 2 suitcases and an infant to a new country was certainly an adventure! Pittsburgh, PA, will always hold a very special place in her heart, and there is no more patriotic adopted American than Gill! After five magnificent years in the USA, it was off to Melbourne, Australia, where she spent the next 4 years. During that time, she worked as an integration teacher for special needs students at a local school before returning to South Africa and obtaining an Honors degree in Social Work.

Gill spent the next few years working in the private education sector, where she engaged with kids from age 3 to 18. During this time, she was a dedicated single parent to two very differently gifted children and juggled a full-time job while at the same time ensuring that her children reached their full potential. She was the ever-constant support crew, taxi, and cheerleader for everything from polocrosse matches, marimba competitions, rowing regattas, piano recitals, modeling competitions, science expo projects, pottery classes, and show-jumping events. One of her specific interests is developing well-rounded kids, not just academically bright kids.

More recently, Gill has specialized in the field of Marketing and Events. What started as a short stint with a radio station became a long-term contract, and it was here that she gained experience in coordinating largescale events, from triathlons to huge concerts.

Gill is devoted to her assortment of farm and domestic animals, which include free-range poultry, ponies, donkeys and cattle. She also keeps an extensive home vegetable garden. You will most often find her baking up a batch of homemade cinnamon cookies or making homemade preserves in the farm kitchen with some lively ABBA tracks blaring in the background. 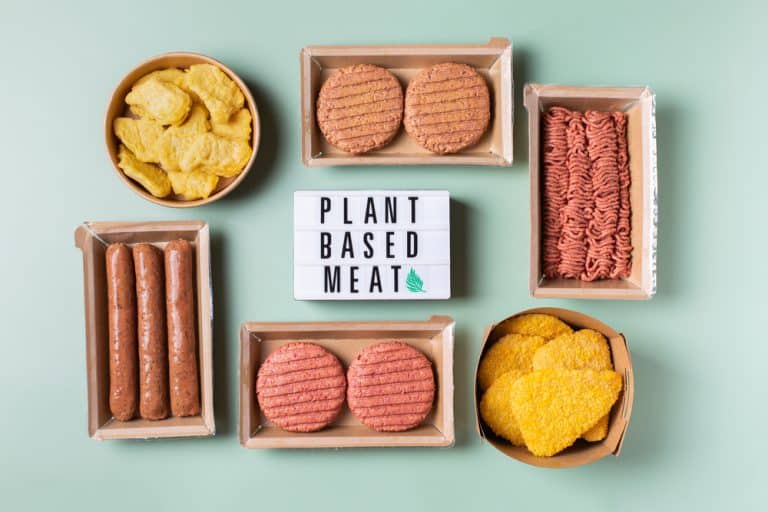 An ever-increasing number of people are embracing a vegan lifestyle. While the popularity of this new way of eating is fast gaining momentum, what is puzzling for many non-vegans is why many plant-based food alternatives seem to so closely imitate the meat products vegans actively exclude in their diet. Vegan food resemble meat products to…